Home » Industry » Affiliate Future To Be Bought Again? Who cares about AOL?

I’m not sure if anyone has blogged about this already! But it looks like the new company that owns Affiliate Future is target of a takeover from Tangent Communications.

Tangent have made an offer of about 50p per share of TMN. It’s not an all-cash offer however – 19.14p in cash and 2.572 new Tangent share for each existing TMN share.

The thing is that talks are apparently at an early stage so there’s no certainty that a deal will go through but they have recieved acceptances for 11.1% of the TMN capital on condition that a higher offer isn’t made.

And the share price has obviously reacted positively – moving up to and over the 50p valuation / offer by Tangent: 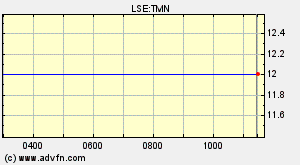 However it is still a fair amount under its 2007 high: 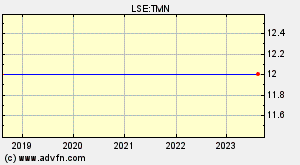 Then this afternoon M Danson, former Finance Director at Carlton TV and founder of DataMonitor has raised his stake to 7.6% of its capital by buying 5.74 mln shares at prices between 45p-50p, spending somewhere between £2,592,000 and £2,870,000 on them in total. Which is a good deal as the offer of 50p was made three days earlier.

Why did the market miss it? Do they think the take-over won’t go through? Did they value TMN less than 50p a share? Who knows! But it does show that Affiliate Future is truly a fantastic asset to have with its pretty strong revenue streams.

Back in February Investec rated it as a buy when it was around 28p-ish – they weren’t wrong (at present).

Good luck guys and I hope it all works well for the employees too!